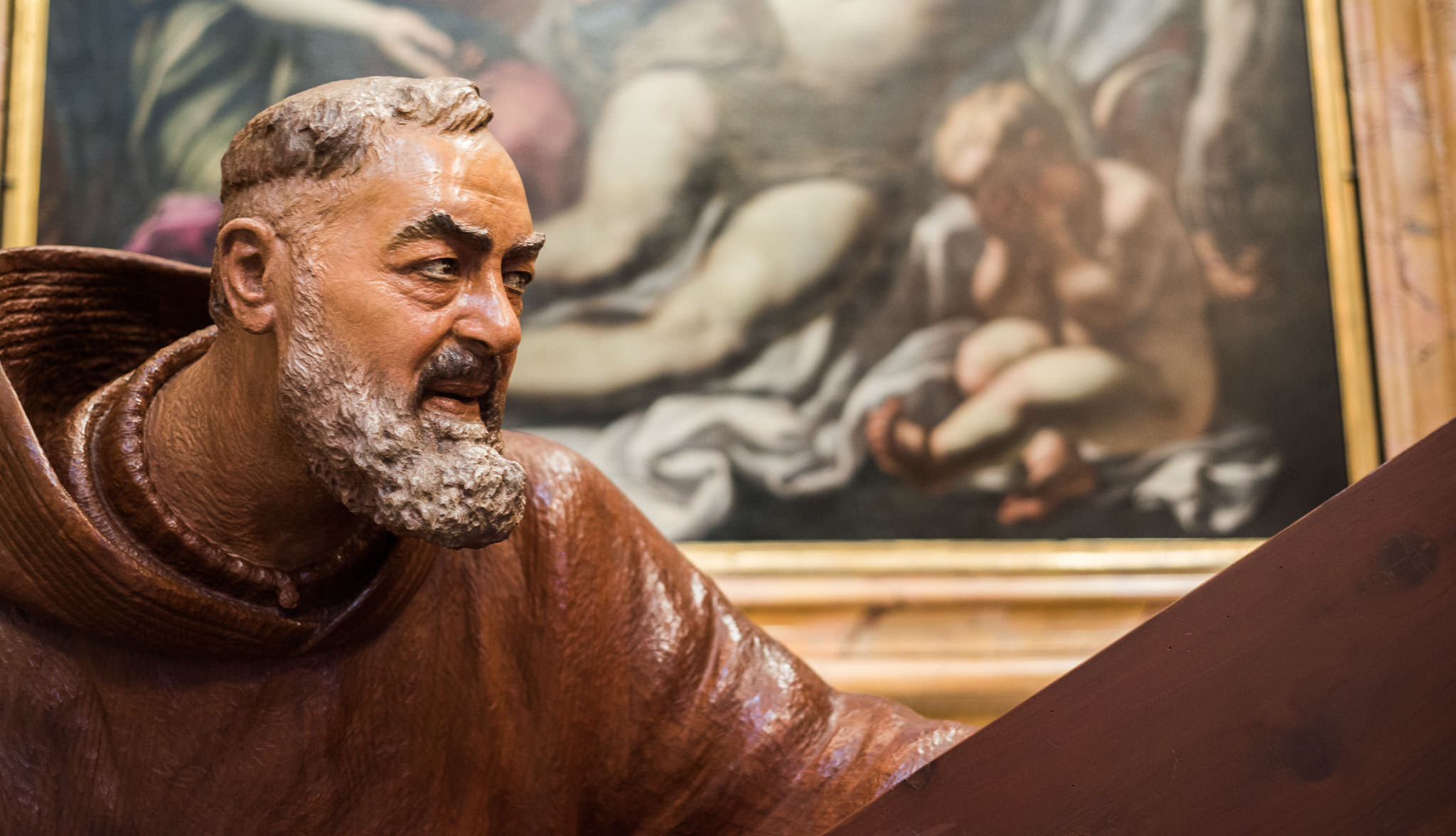 Some of us grew up with stories of Padre Pio’s supernatural gifts, and one of such gifts that really stood out is the gift of bilocation.

Bilocation: The blessing of being able to be in more than one place simultaneously. (This is not ubiquity which is omnipresence, an attribute of God alone.) We believe that God shares his gifts with his people as he wishes in order to foster faith and aid his Body the Church on earth.

What Padre Pio Said about this gift:

For example “One night I found myself at the bedside of a sick woman, Maria Massa, in San Giovanni Rotondo. I was in the convent, think I was praying. And didn’t know her personally. She had been recommended to me.”

Padre Pio’s response given about Bilocation to Bishop Rossi, Inquisitor from the Holy Office, under oath, in 1921.

When Pio was 18 and studying philosophy in Sant’Elia a Pianisi, he experienced bilocation for the first time.

He wrote down his experience and handed it over to his superiors.

“Few days ago an unusual thing happened to me. I was in the choir with Fra’ Atanasio at about 11 PM on January 18, 1905, when I found myself far away in Udine, were a father was dying and a child was being born.” The Virgin Mary told me: ‘I’m entrusting this child to you. One day she will come to you, but you will meet her first in Saint Peter’s.’ After that I found myself back in the choir.”

The girl was Marchioness Giovanna Rizzani Boschi. Vanina for her friends. She is one of 6 witnesses who testified at the Process of beatification. Her life was full of coincidences that don’t have a rational explanation. She was born January 18, 1905.

The story above wasn’t the first time Pio was in a room where a baby was being born. This was he was a lot more involved than just witnessing.

Vincenzo Martini was called from the hospital to go there immediately. His wife was about to give birth to their second child. A decision needed to be made: either to save the life of the child or that of the mother.

Vincenzo opted in favor of the wife. While in the act of signing the papers a doctor came out saying:

“Congratulations, you are the father of an eight pound boy!” Vincenzo run to his wife. She said that a doctor in a brown habit had delivered her baby. No such a doctor was found in the hospital.

Finally Vincenzo remembered Padre Pio and showed his picture to his wife. The wife said: “He is the doctor who delivered my baby.”

A story of miraculous salvation from Mary’s intercession